The senior representative of the twentyseven-member team, including the representatives of the Sechuan Province, Futian, Henan, and the Autonomous Region of Inner Mongolia, was the Vice President Xie Yuang. The delegation was invited by the Czech-Slovak-Chinese Chamber. The members of the delegation met the representatives of the Olomouc Region, the Town of Olomouc, Olomouc University Hospital, Chamber of Commerce, and local entrepreneurs, they also visited the Chinese Embassy in Prague. 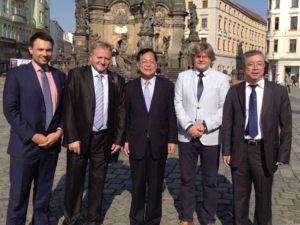 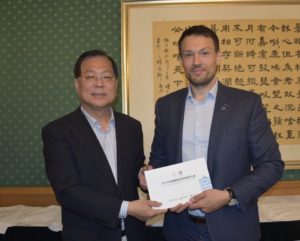 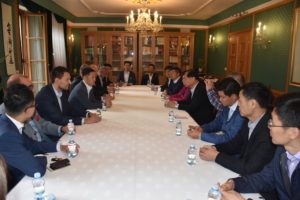